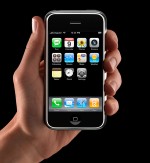 The stench settles in

Despite the technological innovation that seems to have gone into Apple's new iPhone, I'm underwhelmed by the reality of it. It smells bad, and it smells bad because the mobile phone industry stinks.

First, there's the release date. Rather than being available today, customers in the United States have to wait until June to purchase an iPhone. Why is that? The Federal Communications Commission (FCC) insists on a strict review process for every device that accesses the mobile phone network in the US.

With any computer-related product, the release date isn't tied to government approval. Wireless networking devices have their wireless chips approved, rather than the device itself. Computer parts don't even have that, it's a collection of standards that vendors conform to out of their own commercial interest.

Then there's the functionality. Improving the user experience of mobile telephony is one of the promises of the iPhone. It brings better management of contacts, voicemail and a suite of other ideas. How do they build a better mousetrap? Not by innovating on their own — they have to rely on the support of a partner telco, in this case Cingular. If you want to use these neat new features, you're tied to their network. If you want to buy an iPhone, you can only get it on a 2-year contract.

Compare that again to Apple releasing new products in other areas. Releasing a new iPod provides an innovative new product, with no lock-in for customers. As long as you don't mind finding your own MP3s to load on (rather than using their evil DRM music store), you aren't tied to anything when you get an iPod. You don't have to pay Apple a monthly fee for the right to listen to your music or watch movies or play games or use any of the other cool features that iPods now come with.

Finally, as an Australian, I have to wave a flag for the non-US customers. The mobile phone industry is notoriously difficult to understand from an international perspective. Different countries use different charging mechanisms with varying combinations of contracts, pay-as-you-go, capped plans, free calls or messages, bundled phones, and network-locked phones across GSM, CDMA and 3G networks. The simple fact is, because so much of the improved telephony functionality is provided by the network partner, Apple won't be able to provide equivalent functionality worldwide for all their customers.

This isn't just for non-US customers, however. Even now, travellers finds their mobile phone with different functionality and pricing in different regions around the world. This problem only gets worse as more smart phones rely on a telco partner for their killer features. Getting street directions from Google maps is a great feature until one day you need it in Prague, and you can't get reception on the one carrier who allows your data traffic because they're the Cingular partner in Europe.

There's a lot that's wrong with the mobile phone industry, and it needs to improve before it will deliver on the promise of improved telephony technology. The only way it will happen is by deregulation, and by having a network independent of the carrier who connects you to it. The only way I can see an independent network developing is if mobile phones start using the internet. I don't think the present vendor lock-in situation is one that can be broken up on the current GSM networks.

We need to push the carriers onto a network they don't control — a network that is independent of carriers and also of the applications they serve. This lets new applications be developed without regulatory approval in a way that can be accessed anywhere you happen to be. Otherwise, you just end up with functionality that looks great, but smells really bad.